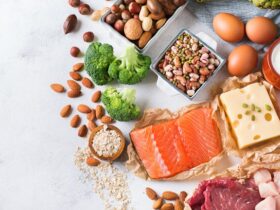 The most common and well known Cannabis supplements are THC and CBD, two of the plant’s primary Cannabinoids. However, there are many other Cannabinoids. One that is becoming extremely popular in Cannabis circles currently is delta-8. Unlike CBD, delta-8 is psychoactive and therefore produces a high. However, the high produced by delta-8 THC is different to the one produced by delta-9 THC. It is more mellow, subdued, and calm.

This article will explore this topic a little further, explaining what delta-8 THC is, and how it works:

Delta-8 THC (Delta-8-tetrahydrocannabinol) is a compound that occurs naturally in the Cannabis plant. It is also found in the hemp plant.

Like other Cannabis compounds, and according to the delta-8 specialists from Area 52, delta-8 can be purchased in a variety of different products, from oils to gummies. It has been referred to by Cannabis experts as ‘Diet Weed’ because while it does produce a high, the high is much more mellow and relaxed than that produced by delta-9 THC.

This is in part why it is becoming so popular with Cannabis users. Another reason that it is so popular is that, unlike delta-9 THC, delta-8 is not criminalized in some countries with the world’s strictest drug laws.

How Does It Work?

Delta-8 works much like any other Cannabis product. It is taken in either oil, edible, or vape form, then the user begins to feel its effects within ten to thirty minutes. It is absorbed by the body, then the high is produced. As already mentioned, the high that is produced is much more subdued and relaxed. This has led many people to claim that delta-8 can be used to treat anxiety.

There is some evidence to suggest that this is true, but clinical investigations are ongoing. Delta-8 also has many other health benefits. This is not particularly surprising, since it is a compound found in the Cannabis plant. The Cannabis plant has myriad health benefits and can be used for treating diabetes, epilepsy, and even cancer.

As already mentioned abundantly in this article, delta-8 produces a much more relaxing high. This allows people that suffer from anxiety disorders to still get high, without experiencing the anxiety usually brought on by delta-9 THC. If you are unable to take delta-9 THC because of its intense side effects, then delta-8 is definitely a great option.

Another advantage to using delta-8 is that it can boost users’ appetites. Scientific research has uncovered that delta-8 appetite stimulation is two times stronger than delta-9 appetite stimulation. This means that people suffering from health problems or undergoing chemotherapy can take the Cannabinoid and find their appetites again.

This is also great for people that simply have no appetite, and it is impacting their health negatively. However, it’s important to choose the food that you eat on delta-8 wisely. Because it does produce a high, users can feel the urge to “snack out” when they have been using it.

Like CBD and delta-9 THC, delta-8 has neuroprotective qualities. Researchers have found that delta-8 helps the body to regulate potassium and calcium channels better, resulting in better brain health. Additionally, delta-8 can increase the body’s acetylcholine and choline levels, which can protect against Alzheimer’s Disease and Parkinson’s Disease.

Delta-8 THC can also help to fight against anxiety and depression. Finally, delta-8 forms new neurons in the brain, which improves cognitive function. Delta-8 is, in many ways, better for the brain than delta-9 THC. If you are going to use it to treat any neurological disorders, you should speak to your doctor first.

If you suffer from any digestive issues, then you will benefit from the use of delta-8 THC. Delta-8 is an anti-emetic, meaning that it can prevent nausea and vomiting. Additionally, as already mentioned, it can improve one’s appetite, which is great for people that don’t eat a lot but want to begin eating healthier.

Finally, delta-8 can help to improve the quality of users’ sleep. This is mostly because of its strong antianxiety effects, but also because the high that it produces can help users to feel more drowsy. Sleep problems afflict millions of Americans, but they are easily treatable with supplements like delta-8.

Delta-8 is a promising Cannabinoid, that is quickly becoming one of the world’s favorites. You should research its legality where you live before you buy it, just so that you can be sure it is not criminalized. Some countries have criminalized its use and possession.

Useful Tips That Every Vape Lover Must Know About

Stay Safe While Riding Your Motorcycle With These 6 Tips 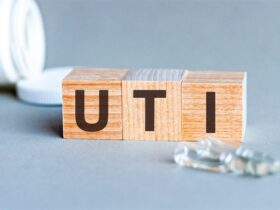 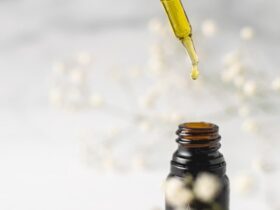 How To Use CBD Products? Advice From The Experts 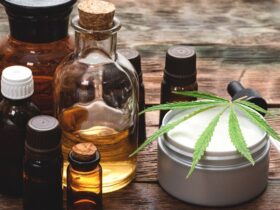 7 Different Types Of Cannabis Products You Didn’t Know About