When I was young, my dad and I had a tradition of spending the weekend playing Mario Kart. Eventually, I moved on to other games, building new memories and laughing over each awkward line of dialogue. Even now, those memories never fail to make me smile, especially when I remember some of the most iconic video game quotes.

Of course, most of the quotes on this list aren’t just famous in gaming circles. Even if you’ve never played any of the games these lines are from, chances are you’ve seen memes referencing them. So with that being said, let’s see how many of these quotes you’ll recognize!

71 Epic Video Game Quotes You All Know and Love

4. “The president has been kidnapped by ninjas. Are you a bad enough dude to rescue the president?” — Bad Dudes

7. “What is a man? A miserable little pile of secrets.” — Dracula, Castlevania: Symphony of the Night

11. “Thank you, Mario! But our princess is in another castle!” — Super Mario Bros.

36. “Die monster. You don’t belong in this world!” — Richter, Castlevania: Symphony of the Night

42. “Keep the gods out of it. Swear on your heads. Which I will take if you break your vow.” — Geralt of Rivia, The Witcher

43. “Nothing is true, everything is permitted.” — Assassin’s Creed

45. “Everything is teetering on the edge of everything.” — Spec Ops: The Line

46. “The right man in the wrong place can make all the difference in the world.” — Half-Life 2

So Bad It’s Good! Cheesy Video Game Quotes That Were Immortalized in Memes

55. “Congratulation. You have completed a great game. And proved the justice of our culture. Now go and rest our heroes!” — Ghostbusters

58. “Jill, here’s a lockpick. It might be handy if you, the master of unlocking, take it with you.” — Resident Evil

61. “Why, that’s the second biggest monkey head I’ve ever seen!” — The Secret of Monkey Island

64. “You were almost a Jill sandwich!” — Resident Evil

67. “Why men throw their lives away attacking an armed Witcher… I’ll never know. Something about my face?” — Geralt of Rivia, The Witcher III: Wild Hunt

68. “Alright, I’ve been thinking. When life gives you lemons, don’t make lemonade! Make life take the lemons back! Get mad! I don’t want your damn lemons! What am I supposed to do with these? Demand to see life’s manager! Make life rue the day it thought it could give Cave Johnson lemons! Do you know who I am? I’m the man who’s gonna burn your house down… With the lemons!” — Portal 2

71. “I used to be an adventurer like you, then I took an arrow to the knee.” — The Elder Scrolls V: Skyrim

As an adult, I still love playing new games, but I’ve never reached the same high I felt when winning in Mario Kart against my dad. And really, they don’t make them like they used to — we rarely see the kinds of catastrophic grammar mistakes that used to be so common in game dialogue.

Still, we’re getting plenty of new, memorable lines to quote with each passing year. “Press F to pay respects” is from a game that came out in 2014 — and it’s still being used even outside of the gaming community! So I’m sure the future will only bring more epic video game quotes I’ll be able to parrot for years to come. 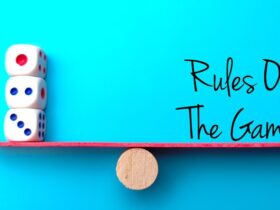 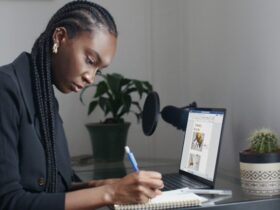