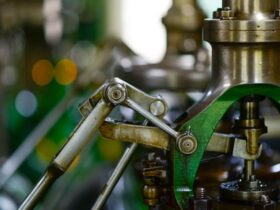 Manufacturing Industry: How To Save Money, Time And Resources

With the legalization of cannabis in many states, the increased interest surrounding this plant is not a surprise. Of course, before even considering anything related to this flower, be sure to check the laws of the state in which you reside.

Cannabis is widely used for medicinal or recreational purposes. Chronic pain can be alleviated or even treated with the help of cannabis. Most of the time, people use dry leaves or seed oils to consume cannabis.

Cannabis contains around 120 active cannabinoids and if you are interested in learning more about cannabis, read below as we are going to uncover the wonderful uses of cannabis.

What makes cannabis what it is?

The two cannabinoids that provide beneficial and psychoactive effects are called cannabidiol (CBD) and delta-9-tetrahydrocannabinol (THC). THC produces both psychoactive and euphoric effects and that’s why it’s constantly mentioned by weed enjoyers.

CBD products such as supplement capsules, oils, or candies that have less than 0.3 percent are federally legal and can be consumed freely, everything exceeding that mark, might classify as a marijuana product and it might be forbidden by some states.

How is cannabis consumed?

There are different methods to consume cannabis and all of them provide a different effect and experience, read below to find them out.

The most popular way to consume cannabis is to use the dry leaves and roll them up, the same method as rolling a cigarette.  By inhaling the cannabis smoke, the effects of cannabis can kick in just minutes after the inhalation. The effects include relaxation, the feeling of elation or euphoria, also known as high, and an increase in appetite.

Many smokers look to make their experience of weed aesthetic by using different gear like bongs that provide cooler smoke as opposed to a joint. Another alternative to the smoke option is the vaporized one. Nowadays, to fight the harsh smoke that can damage the lungs, devices that use vapor instead of smoke are utilized more and more among weed connoisseurs.

This type of consumption is done by ingesting a product that contains cannabis. Many prefer this way of consumption as the negative side effects of smoke are eliminated. The effects take slightly more time to appear – 1 hour after ingestion, but the high from edibles is reported to be more potent. The effects of relaxation and haziness will still occur with this method. A safe dose for a beginner should be around 1 mg to no more than 5 mg.

Cannabinoids interact with specific receptors in the nervous system and regulate how cells communicate – receive and send messages. After the nervous system is affected, dopamine is released, which is a pleasure hormone, and feelings of euphoria, a state of complete relaxation, and spontaneous laughter can occur. Cannabinoids can affect normal brain function and memory, thinking, concentration, and movement can be affected.

We strongly advise that you do not operate a vehicle while under the influence of cannabinoids.

It’s proven that cannabis can help manage some symptoms of diseases like multiple sclerosis, chronic pain, nausea caused by chemotherapy treatment, and much more. In addition to that, cannabis can help sleep-related problems like sleep apnea and it can help reduce anxiety in certain individuals.

Medical use of marijuana is legal in 33 US states while other 10 states allow both medical and recreational use. If you are suffering from a disease and think that cannabis can help you alleviate certain symptoms, consult your doctors and discuss whether that is the right decision for you and your health.

Addiction is classified when a person can’t stop using a substance and if an abrupt stop occurs, the person will start to feel withdrawal symptoms. As with any substance, addiction is possible but cannabis addiction doesn’t seem to happen a lot among consumers; three out of 10 people can develop cannabis use disorder.

Cannabis is a wonder plant that can offer relaxation and medical benefits to its enjoyers. Many states have recognized this fact and went through with legalizing the plant and have enabled at least consumption of cannabis for medical purposes. We hope that you have gathered information regarding cannabis and we wish you a pleasant experience with this magic flower. 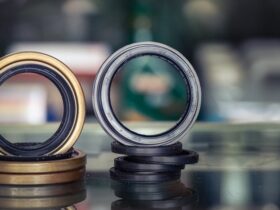 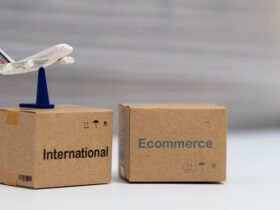 The Importance Of An International Courier Service To Malaysia’s Economy 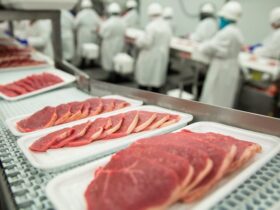 Meat And Robots: How Technology Enables A Smoother Process 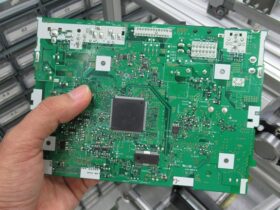 A Quick Guide To PCBs: What Types Are There And What Is Their Purpose?