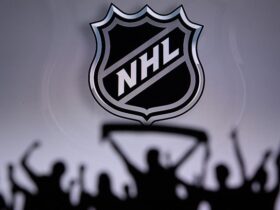 In 1993, the Ultimate Fighting Championship hosted its first-ever pay-per-view event. Whilst by today’s standards it was somewhat of a dud, it was the beginning of professional mixed martial arts as we know it today. Since then, UFC president, Dana White, has established the promotion as the biggest show in the world of MMA, pioneering the ‘interstylistic’ matchups and larger-than-life personalities of the fighters.

However, it is not the only show in town and the success of the UFC has seen may businessmen and promoters counter on its popularity. Bellator and ONE Fighting Championship are home to some of the best young, upcoming talent and also hand out opportunities to fighters who may have been cut from the UFC roster. This is instrumental to the growth of MMA as it allows the sport to showcase a wider pool of talent on the world stage.

Its popularity was aided by the inception of The Ultimate Fighter in 2005, culminating in one of the most important fights in UFC history between Forest Griffin and Stephan Bonnar. They then had their first crossover star in Brock Lesnar in the late noughties, who arrived in the UFC after leaving professional wrestling promotion World Wrestling Entertainment.

The arrival of Lesnar was a huge boost to their viewership and his Heavyweight championship bout with Randy Couture in 2009 was the first ever UFC PPV to break the one million buy rate.

Over the last decade, however, the sport of MMA has grown exponentially for a few reasons. The relative decline of popularity in boxing allowed for MMA to enter the mainstream as a legitimate combat sport.

The lack of top stars in heavyweight boxing since the likes of Mike Tyson and Evander Holyfield retired has meant that fans of combat sports have turned their attention to the UFC in search of personalities. This has been aided by Dana White focusing on the importance of all weight classes instead of relying on heavyweight fighters, which has been one of boxing’s biggest pitfalls.

This is part of what has allowed Conor McGregor to become inarguably the biggest star in the history of the sport and certainly has been a betting favourite for many fights in his earlier career. Fighting in three different divisions over his career (Featherweight, Lightweight and Welterweight) his outrageous and sometimes hilarious antics when promoting his fights along with his ability to back up all the talk in the octagon has made every appearance must see.

His legendary rivalries with Khabib Nurmagomedov, Nate Diaz and Jose Aldo mean he appears in an incredible 7 of the top 10 record PPV buys and 5 in the top 5. His fight with Nurmagomedov is the only fight in UFC history to break over 2 million buys, a record unlikely to be beaten any time soon. The upward curve of MMA owes a lot to McGregor’s star power and the hope within UFC is that they can continue to create stars of his magnitude.

Mixed martial arts are not the only sport to experience such growth in recent years, however. Padel tennis is huge in Spain and is estimated to be played by between six to 10 million Spaniards, compared to around 200,000 who actively play tennis. A cross between real tennis, regular tennis, squash and ping pong, the racquets are solid and stringless.

One of the biggest reasons it attracts so many players is down to the fact it is played on an enclosed court a third the size of a tennis court. This means it is much easier to play than regular tennis and also doesn’t require as much stamina meaning both young and old sports lovers can take part. The accessibility and social aspect of the sport means that the participation numbers we are seeing are likely to grow even more in the future.

There is also a very similar sport that is also experiencing a rise in popularity in Pickleball. Also, paddle sport, pickleball combines elements of tennis, badminton, and ping-pong using a paddle and plastic ball with holes. It is slightly more competitive and faster paced than Padel but is still open to all age groups, in fact over 75% of players in the US are over the age of 55.

It now has almost 2.8 million players in the US ad has become so popular that communities in Florida and Arizona are being built around pickleball courts.

Esport is another sport that has been the recipient of a huge boom in popularity. Competitive isn’t new by any means and there have been gaming competitions dating back to the 70s.

However, eSport takes that concept and multiplies it by a thousand. Some of the top competitions can land you well over $1m in prize money and tournaments for games such as League of Legends, FIFA and Fortnite sell out major arenas and attract millions of viewers across the world. Most major sports networks like ESPN, Sky and Fox now cover eSport.

Whilst it has long fought to be a legitimate sport, it appears to finally have been accepted by a mainstream audience. It is estimated that the e-Sports industry will be valued at $1.5 billion in the coming years and with that kind of revenue it is safe to assume that funding for it is in very good shape.

This kind of investment means that it is likely to continue evolving and finding a new way to bring in both players and spectators. It helps that gaming is so accessible with over half of households in the US owning a games console. The similarities between traditional sports and eSports are never-ending so it is no surprise to see such growth and we can only expect it to get bigger every passing year. 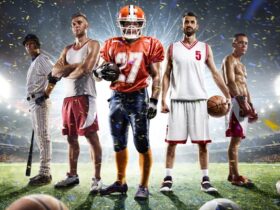 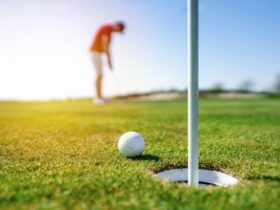 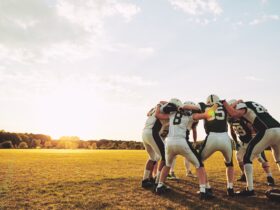