Many benefits are available to aggrieved people through class action lawsuits, such as the ability for large numbers of similarly affected people to band together and file a case against the same firm. This gives all of the individuals who have been affected, generally by major firms or enterprises with a broad reach, power in numbers.

Individuals who would not otherwise be able to file a claim on their own benefit from these sorts of cases. When a group of people who have been hurt by the same firm gather and file a lawsuit as a group, they have the option of hiring an attorney to pursue justice from the sued party. These lawsuits are frequently launched against manufacturers whose carelessness resulted in customer harm.

Taking up a class action lawsuit is no easy task for a lawyer. Thousands of pages of records, high expert witness costs, and years of preparation might be involved in the case. Class action lawsuits may be conducted by more experienced and capable lawyers, such as the ones at Kerley Schaffer, who have already handled comparable issues. This enables plaintiffs to obtain legal representation that they would not have been able to obtain if they pursued the claim on their own.

To begin or join a class-action lawsuit, you must first meet with a lawyer who specializes in class action law and have your claim reviewed. They will draft and make a lawsuit on your behalf if they decide you have a viable case. They will walk you through the settlement procedure and advocate for you to receive proper and fair compensation.

Even if the damages are minimal, joining a class action lawsuit may be worth your time, money, and resources. If you suffer small injuries or other losses as a result of a huge corporation’s irresponsibility, these problems can affect a significant number of individuals. You may be able to seek financial compensation for your losses through a class-action lawsuit.

Furthermore, employing counsel for a single claim against a major corporation may not be financially feasible.

Going to court with several plaintiffs in a class-action lawsuit lowers the expense as opposed to filing on your own. Regardless of how minor your losses are, the court will nonetheless hear your voice and problems. The expenses of litigating the claims will be shared among several claimants, making it more viable for them to pursue the case. Many class actions are conducted on a contingency fee basis, which means that plaintiffs do not pay legal expenses until the lawsuit is won.

When a defendant is hit with many lawsuits, he or she may not be able to pay all of the claimants. That implies that plaintiffs who file their claims sooner earn more compensation for identical injuries than those who file later. A class-action lawsuit eliminates this danger by allowing affected parties to seek compensation at the same time and in proportion to their losses.

One of the key benefits is that because many individuals are bringing a case at the same time, there is a large support system for each of them. No matter how powerful the firm or corporation confronted with these individuals is, it will have a difficult time denying the charges of a sizable number of people who believe it is to blame.

The legal system also benefits from class actions. Because the matter is decided by a single judge in a single court, there are no issues with contradictory verdicts. In most cases, one claim will take less time than a series of comparable claims made at separate dates. The alternative is to fill up court schedules, making it more difficult for others to get their day in court.

While not very lucrative, filing a class action lawsuit can result in you receiving an almost assured quantity of compensation, as if the case is successful, all members who filed the claim will be entitled to pay. Furthermore, the chances of a class-action lawsuit going against the plaintiffs are quite unlikely, as a common problem shared by a group of individuals is statistically more likely to be valid.

If a large number of plaintiffs sued the defendant at the same time, the plaintiffs who filed first may be the only ones to get damages if the defendant or company declares bankruptcy. Class actions aid in the distribution of damages among claimants.

Even if the individual claims are minor, class action lawsuits allow a large number of harmed people to collect appropriate recompense. Trying to defend every one of those allegations individually would not only be monetarily burdensome for the plaintiffs, but it would also be a massive waste of time for the court and the defendant.

Also, payments are distributed evenly among all harmed parties in class actions, so think about this type of lawsuit and consult a lawyer to check whether it would be the best solution for your particular situation. 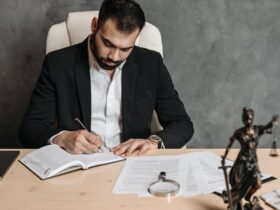 Lifestyle Tips: How A Skilled Lawyer Can Help With Your Personal Injury Case 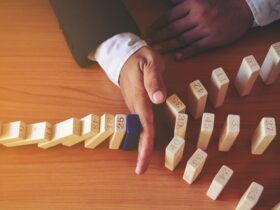 6 Ways You Can Protect Your Asset 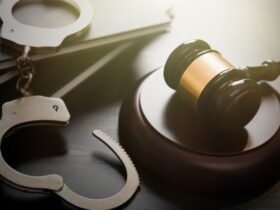 Here’s How to Choose the Right Car Accident Lawyer