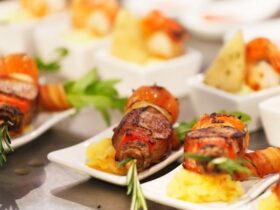 Fancy Eating For Dummies: What Are The Meal Courses?

When it comes to chili peppers, some really do like it hot. But not just any kind of hot pepper will do. What these brave and bold individuals aim to do is find the spiciest hot peppers there are, to savor their taste and enjoy the pain and pleasure they bring.

It’s a competitive world out there for all the hot pepper enthusiasts, as the situation at the top is constantly changing. For thirty years now, folks all over the world have been doing their best to cultivate the hottest peppers imaginable.

So, let this list of the hottest peppers out there serve as a guide. Happy hunting and bon appétit!

The Science Behind Hot Peppers

The substance that gives hot peppers their unique burning flavor is called capsaicin. Peppers have used their ability to cause pain to defend themselves from different predators for ages. But, then humans came along, discovered that the burning sensation was somewhat pleasant — and the rest is history.

Nowadays, we use the Scoville scale to measure the spiciness and the amount of capsaicin in chili peppers. The results are measured in Scoville Heat Units (SHU). And yes, you guessed it — the higher the number, the hotter the pepper.

The pepper that most frequently rises to the top of various lists of hottest peppers is the Carolina Reaper. On average, it scores 1,569,300 SHU, while the hottest one on record measured a stunning 2,2 million SHU.

The Reaper got its name from its place of origin, South Carolina, and its unique scythe-shaped tail. Those who have tasted it say that it initially has a sweet taste, soon replaced by a feeling of “eating lava.”

Be careful, though, as some who have tasted the king of hot peppers have experienced severe headaches. To put things into perspective, the Reaper is 200 times hotter than your average orange variety jalapeño.

Coming in at number two, it’s the recently bred Trinidad Scorpion Butch T pepper, which was the hottest of the hot peppers in the world in 2011 and 2013, according to the Guinness Book of Records.

Just like its fellow pretender to the throne, the Scorpion got its name from the shape of its pointed end, which looks like a scorpion’s sting.

Taking the bronze in this competition is the 7 Pot Douglah.

This one’s a bit of an oddity since it’s not red like the other super-hot peppers. Instead, it has a dark brown, almost purplish skin that resembles dark chocolate. Because of that, some even call it the Chocolate 7 Pot.

Most of this pepper’s capsaicin is stored in the form of powerful oil, with the most potent specimen measuring 1,853,936 SHU.

When it comes to looks, it resembles a tinier, nicer cousin of the infamous Carolina Reaper. Plus, it has the numbers to prove the bloodline!

The Naga Viper is the UK’s contestant when it comes to the world of extremely hot peppers. As a hybrid of three highly potent varieties, it is a bit rarer than the other peppers listed here. Overall, it’s less stable and harder to produce.

The Naga Viper did have its five minutes of proper fame, though. The champion pepper scored 1,349,000 SHU back in 2010. Still, the other hot peppers on this list quickly came in to reclaim the throne.

Coming in at number six, it’s perhaps the most notorious pepper of the bunch. Despite its less than an appealing name — in India, people call it Poison Chili — the Ghost Pepper is highly popular among hot pepper and spicy food lovers everywhere.

With its highest measured score of 1,041,427 SHU, it is far from the hottest one here. Be careful, though, since there have been some reports that suggest too many Ghost Peppers could kill you.

Compared to the competition, Red Savina Habanero Pepper might seem a bit mild. Still, it was the hottest pepper in existence from 1994 until 2006.

Once so rare that it was protected by the US law due to its scarcity, the Red Savina Habanero is not at the edge of extinction anymore. All hot pepper enthusiasts get to enjoy it, though it no longer reigns supreme. Right now, it measures between 350,000 and 577,000 SHU.

There are a few more pretenders to the title of the hottest pepper. Ed Currie, the genius who brought the Carolina Reaper to the world, has also cultivated a new sort of pepper, named simply Pepper X. Supposedly, its hotness can go up to 3,180,000 SHU. The officials at the Guinness Book of Records haven’t confirmed this yet, though.

Another noteworthy candidate would be the Dragon’s Breath. Initially, doctors applied it as a topical anesthetic due to its ability to numb the skin. Allegedly, its spiciness measures up to 2,48 million units, but it has not been officially tested.

Besides the burning sensation some people enjoy, there are numerous uses and benefits of enjoying hot peppers.

In small doses, they can improve your immune system or give you an energy boost. The spiciness that hot peppers possess can also help relieve migraines.

On top of that, they may speed up your metabolism, or simply help you clear a runny nose. In the hotter parts of the world, people were — and sometimes still are — using hot peppers to keep food from spoiling as well.

All things considered, peppers are powerful, spicy things. If you are feeling particularly adventurous, give some of the hot peppers from this list a try. If not, though, know that you’ll get some health benefits from their store-bought, milder relatives as well. Plus, you can always work on your endurance until you can face some of the hottest varieties in the world! 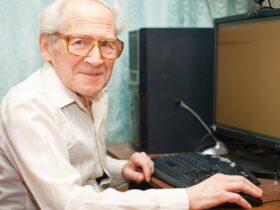 5 Lucrative Jobs For Retirees: How To Stay Active After You Retire 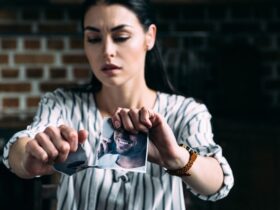 I Miss My Ex: Why Does It Hurt So Much And What To Do?

Dinner Ideas for Kids: 14 Recipes You Should Give a Go

Fancy Eating For Dummies: What Are The Meal Courses? 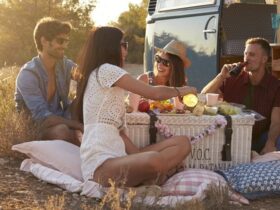