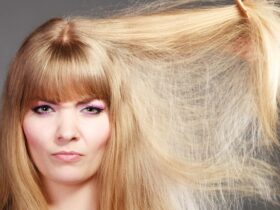 Four Ways To Add Some Life To Damaged, Dry Hair

These bugs can be a real pain, especially when start buzzing around the house. Although a pest control professional can help you get rid of these bugs, there are other inexpensive ways of dealing with the bugs, including the use of a homemade stink bug trap.

What Is a Homemade Stink Bug Trap?

A homemade stink bug trap is an inexpensive trap made from simple household items like dish soap, water, foil roasting pan, vinegar, and light. Although this stink bug trap seems cheap, it has shown to be more effective than the pricier models designed crafted from expensive items.

But the most important question that’s on every homeowner’s mind is: How does a homemade stink bug trap work, and is it really effective?

How Effective Is a Homemade Stink Bug Trap?

According to a recent study done by the College of Agriculture and Life Sciences, the most effective way to eliminate stink bugs is to add water and dish soap to a foil roasting pan and place a light over it. Then put it in a dark room to attract the little bugs.

This study also showed that the homemade stink bug trap eliminates stink bugs 14 times more than most store-bought traps that are more expensive. Therefore, in addition to helping you get rid of the little bugs, a homemade trap also saves you money because it requires everyday items that you already have.

The whole idea of creating this trap is to encourage the bugs to crawl into the pan and get trapped in the soapy water. The work of the light is to attract the bugs because insects are normally attracted to light.

Instead of using expensive insecticides or other costly methods, this homemade stink bug trap can help you catch as many bugs as possible without spending an extra dime.

How to Make Different Types of Stink Bug Traps

To make this trap, you will need to have a foil roasting pan, a cup of vinegar, a cup of dish soap, and a liter of hot water. Pour these ingredients into the foil roasting pan and stir them thoroughly. Then place the pan in a dark area and put a light over it.

If you do not want to use this trap in your house, you can put the mixture in a spray bottle and spray the buts at close range. A mixture of vinegar, dish soap, and water has been found to kill these bugs instantly. However, you have to clean up your house after spraying the bugs, which can be messy at times.

To make a homemade dish soap stink bug trap, you need to put about half a gallon of water in a foil roasting pan and add some dish soap. Mix it up thoroughly and place it in a dark place inside the house. Then, put a desk lamp over the pan, turn it on, and leave it for 12 hours.

This type of stink bug trap requires a battery-powered light, a pop bottle, and duct tape. To make the trap, you uncap the pop bottle and cut it in half. Place the small light and the top half of the bottle into the bottom half with the neck facing down. Make sure the bottle’s open mouth rests inside.

Before you place the light into the bottle, make sure it is turned on. Wrap a black duct tape around the bottom half to prevent the bugs from resting outside the bottle. Also, wrap the tape around the seam to hold the two pieces together. Leave the trap in a dark room for 12 hours to catch the bugs.

What Are the Benefits of Using Homemade Stink Bug Traps?

Unlike the store-bought traps, a homemade stink bug trap retains its lure for weeks, making it the most effective way to catch and eliminate stink bugs. The industrial ones are designed to become ineffective after a short while in order to keep you going back for more.

Although pesticides are also effective in getting rid of stink bugs, they can be hazardous to humans and pets if inhaled or ingested. But a homemade stink bug trap is completely pesticide-free and therefore can be used indoors without putting anyone at risk.

Safe Around Kids and Pets

Since most homemade stink bug traps are made of water, soap, and vinegar, they are completely safe to use in a house with kids and pets. This is not the case with industrial stink bug traps because they come with toxic chemicals that can cause serious complications if ingested.

If you are using a homemade pop bottle stink bug trap, you have the option of recycling the bottle and the light when you are done catching bugs.

Since homemade stink bug traps do not contain pesticides or other harmful chemicals, they will help you to keep the environment clean and safe. But make sure the soapy concoction doesn’t mix with your drinking water.

Since you just want to remove stink bugs from your home, you don’t have to spend money purchasing an industrial stink bug trap. A simple homemade trap is enough for you as a homeowner.

If you had any doubts about the effectiveness of a homemade stink bug trap, then it’s my hope that this information gives you the assurance you need to make your own trap. Just make sure you follow all the right steps when you are making your own stink bug trap. 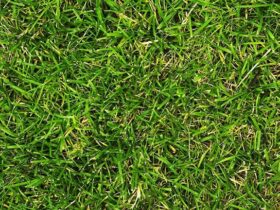 How to Kill Crabgrass and Prevent It from Returning 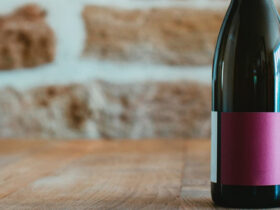 A Complete Guide On How to Remove Labels from Wine Bottles 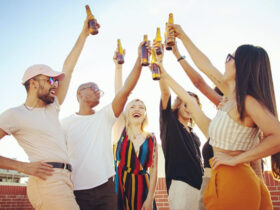 How Many Beers Does It Take to Get Drunk? A Guide To Drinking 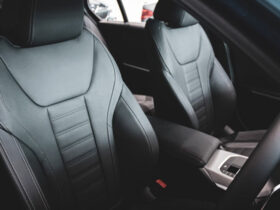