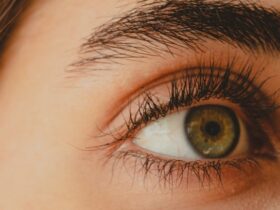 Does Crying Make Your Eyelashes Longer? The Truth And More

The focus here is typically on board and tabletop games — which, generally, make for some of the most fun you can have with friends, family, or even like-minded strangers! But every now and then, a situation arises in which an ordinary tabletop game isn’t convenient or feasible.

Maybe there are missing pieces, and you haven’t replaced the game yet; maybe you decide to play spontaneously with friends and simply don’t have games handy; or perhaps you’re even out camping, or on a long flight, where it’s not exactly practical to pull out a game board or a bunch of pieces.

In these cases, the next best thing is often a game of cards. There is virtually no situation in which it’s not easy to have a pack of cards tucked away, and to do so opens up a world of entertainment when your favorite board or tabletop game might not be an option. It’s an excellent backup plan really, and to expand on it a bit we thought we’d highlight some classic games and the basics of how to play.

Rummy is a popular game that a lot of really card gaming enthusiasts enjoy more than just about anything else. However, it’s a little on the complicated side for someone who’s just looking for a fun alternative to a board or tabletop game in a pinch. Gin Rummy, however, is a simpler game that is arguably just as fun.

To play Gin Rummy, each player needs to be dealt 10 cards. Once this has been done, a single card is placed face up as a “discard” pile, and the rest of the deck is placed next to it, face down. Players take turns drawing one card each, either from the hidden deck or the discount pile, and then adding one to the discard pile.

At this point, all players show their hands, and if the player who knocked has fewer “deadwood” cards (those not in sets or runs) than opponents, he or she gains points equal to the difference between deadwood numbers. If the knocker has all of his or her cards in sets or runs, it’s “Gin,” and he or she also gets a point bonus. The size of the bonus and the points required to win a game vary according to preference.

Hearts is a game that you’ve likely played on a computer at one point or another. But it’s also a very fun, simple game in person as well! Basically, the deck is dealt out until each player has an equal number of cards (typically 13 each, for a four-player game). Whoever has the two of clubs leads off by placing it in the middle, and from there, players add cards clockwise.

If you have a card of the same suit as the lead card, you have to play it; if not, you may unload any card you wish, while the highest card in each turn’s lead suit takes the “trick.” Tricks themselves do not matter. However, each heart collected is a point, and the queen of spades is 13. The goal is to finish with the fewest points once someone — after a number of hands — reaches 100.

Gambling games aren’t the subject here, which is one reason a previous article on good games for two specifically mentioned Battleline as a sort of poker alternative without a gambling component. But the truth is, you don’t have to gamble to play poker. You can skip the betting altogether and just enjoy the game, or you can wager something playful, like small candies.

At any rate, what most people are talking about when they bring up “poker” these days is Texas Hold’em, so that’s what we mean here! This is a simple game in which each player is dealt two cards, and then five communal cards are laid out — three facing up, two down. The idea is for each player to form the best standard poker hand using his or her individual cards plus any three of the communal cards.

Players decide whether or not to fold (or place bets if you’re including some kind of wager) after the initial dealing. Then the fourth communal card is revealed, and another round of decision is made. Finally, the fifth card is flipped, and players have a last chance to make bets or fold before revealing their own cards. The best hand wins.

It seems only right to include another variety of poker given that it is one of the most popular card games in the world, all things considered. And this is an easy one to keep in mind if you’re familiar with playing Texas Hold’em because ultimately playing Omaha poker is just about the same. The only real difference is that players are dealt four cards instead of two, but can still only use two personal cards.

So the game plays out similarly, and a final hand is still represented by two cards per player plus three corresponding communal cards. But the player has to factor in a choice of two among four personal cards, which adds a layer of complexity.

While this delightful game isn’t quite as well known, the rules to Oh Hell are actually quite similar to those for Hearts. The key difference is that in this game, you’re trying to predict how many tricks you can take instead of necessarily avoiding them.

The dealer in Oh Hell doles out one card for the first hand. He or she then turns the top remaining card upside down, and its suit becomes the “trump” for that hand. Each player then bids on how many tricks he or she can take. Once bidding is complete, the player to the left of the dealer plays his or her card. Players play cards in a clockwise sequence, and as in Hearts, you must play the same suit as the first card if possible.

Once everyone has played a card, the trick goes to the player with the highest card in that suit — unless someone has played a card in the trump suit, in which case the highest trump card wins the trick. Once the hand is completed, the player to the left of the dealer takes over as the new dealer and doles out two cards each (and so on, with one additional card per hand).

Players earn 10 points for each exactly correct bid, plus the number of tricks won in said bid. And the player with the most points at the end of the game (when the number of cards can’t increase in the next hand anymore) wins.

We’re still partial to board and table games at the end of the day. But in a pinch, a card game can be just as fun, particularly with fun friends or family. And the games described above are a few classics that are easy to learn, and which you need nothing more than a single deck of cards to play.

If you enjoyed these games, there’s a chance you might also enjoy those we covered in our article on ‘10 Popular Hens’ Party Games: How to Plan the Ultimate Bachelorette Party’. 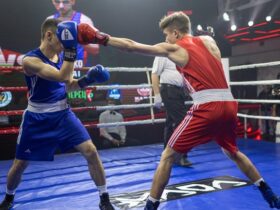