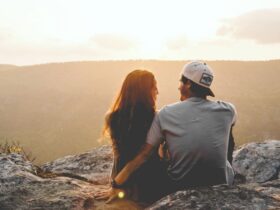 Country music in America has a rich tradition with roots in the 17th Century. From classics to dance hits, this list has all types of country songs whatever the occasion. So put your feet up and discover lists of the best country songs of all time that you’ll love to rewind.

Written by Shania Twain and her husband Robert John “Mutt” Lange, this quickly became one of the best country songs of all time. A female empowerment song that many women can relate to even today, the song won the 2000 Grammy for the Best Female Country Vocal Performance.

Recorded by the American Idol winner, the song became a revenge anthem for women who were cheated on by their lovers. For this song, Carrie Underwood won the 2008 Grammy for the Best Female Country Vocal Performance and the song’s writers, Chris Tompkins and Josh Kear, won the Grammy for Best Country Song.

The song was sung by the American singer Lee Ann Womack and Sons of The Desert. Written by Tia Sillers and Mark D. Sanders, the song is a hit among women and has won a Grammy for the Best Country Song.

This Willie Nelson hit is written by Wayne Carson, Johnny Christopher, and Mark James. The lyrics of this country love song talk about how your loved one is always on your mind when you are far away from them.

The lyrics for this song were written by June Carter and Merle Kilgore. June Carter expressed her feelings for Johnny Cash, whom she later married. The songwriter wanted to convey the feelings she was experiencing when loving him.

The lyrics for this spectacular hit were written when Johnny Cash was touring with Elvis Presley. The attraction of the fans and followers towards Elvis inspired Cash to write a song promising his wife that he would stay faithful when on tour. It became one of the best-selling country songs and Cash’s first number one Billboard hit.

The song was the lead single of the No Fences album written by songwriters Earl Bud Lee and Dewayne Blackwell. They sent the song to Garth Brooks who made a demo and then released it soon after starting his career. It became the best-selling country song of all time.

The song was originally written by Billy Yates and Mike Curtis, who recorded it for an album in 1997. But it was the later version covered by George Jones that became a massive hit.

The song is said to be the real-life story of his addiction to drugs and alcohol and how he overcame it. It also won him the Grammy for Best Male Country Vocal Performance.

Written by Stephanie Bentley and Rob Crosby, the song tells the story of a child abused by her mother. One of the saddest country songs ever created, the music video of this song was nominated for a Grammy Award for Best Music Video.

Written by Jim Beavers, Dierks Bentley, and Brett Beavers, the 2012 song tells the story of a man going crazy for their lover. The police code reference “5-1-5-0” is used for a mentally ill person, and in the song, it is used to refer to the man.

Written and sung by the band’s guitarist, Dickey Betts, the song was inspired by a 1951 Hank William song with a similar title. It became the band’s only top 10 single on the Billboard Top 100 chat.

The 1971 hit was written by Keith Richards and Mick Jagger. Featuring some rather bleak and dark lyrics, the song touches on themes of love, drugs, and addiction.

With lyrics penned by Ronnie Van Zant and Allen Collins and recorded by Lynyrd Skynyrd, this song talks about a boy in a town who is amazed by a man called Curtis Loew. First released on the band’s second studio album titled Second Helping, the song has been included in several of their compilation albums.

One of the best country songs of all time, the original song by John Denver was written by John Denver, Bill Danoff, and Taffy Nivert. Its 1973 cover by Olivia Newton-John also became very famous.

The is one of the most listened to and popular country songs around the world. Its lyrics talk of a woman loving her man despite his shortcomings, Tammy Wynette co-wrote it with Billy Sherrill. The song won a Grammy in 1970 for Best Female Country Vocal Performance.

Loretta Lynn has written and sung this beautiful song. It was a number one hit on the Billboard country charts. The lyrics tell the story of her experiences of the Great Depression in rural Kentucky where her father was a coal miner.

Hank Williams Jr. wrote this popular party song himself. It is most well known as a party song and was number ten on the country music charts.

Written and recorded by Alan Jackson, the lyrics try to tell the story of a tired person, and how after a week of endless work commitments, he just wants to have a good time. The song became a hit after its release and remains a beloved party song.

The original ballad was composed by Willie Nelson, but this version of Patsy Cline that was released in 1961 became more famous. The lyrics talk about a woman and her experience after her lover leaves her and runs away with someone else.

Written by Jackson himself, the 2001 release won the singer a Grammy for Best Country Song. The song was a part of his tenth studio album. The lyrics talk about his emotions and thoughts about the September 11 attacks in the United States.

Written and sung by Dolly Parton, this hit was nominated twice (1973 and 1974) for a Grammy for Best Female Country Vocal Performance. The lyrics show how the singer is worried that an attractive woman will steal her husband.

Written and recorded by Paul Brandt, the song became the artist’s best hit ever. Also called “Robin’s Song,” the lyrics are about making the marriage vows and promises to love and cherish his wife forever. The song is still a huge hit at weddings.

Songwriters Paul Overstreet and Don Schlitz wrote this song based on an idea that Schlitz came up with after hearing his son say something similar during his nighttime prayers. It won Randy Travis the 1988 Grammy for Best Country & Western Song.

This was originally a traditional American folk song by Richard Burnett, a partially blind folk singer who published it as “Farewell Song” in 1913. It became popular when the Stanley Brothers released it in 1951 under the title “Man of Constant Sorrow,” followed by renditions under different titles by various artists.

Written by Bill Monroe in 1945 and recorded by his band the Bluegrass Boys, the country song has also been recorded by artists like Elvis Presley, Patsy Cline, and Paul McCartney. This heartbreak song is also the official bluegrass song of the state of Kentucky.

Songwriters Tim Nichols and Craig Wiseman wrote the lyrics of this song based on their experiences with family members who had close encounters with fatal illnesses. The song tries to encourage us to live like it’s our last day. Tim McGraw won the Grammy for Best Country Song in 2004.

Our list of best country songs of all time may be over, but your love for country music can never be. So which country song do you like best?